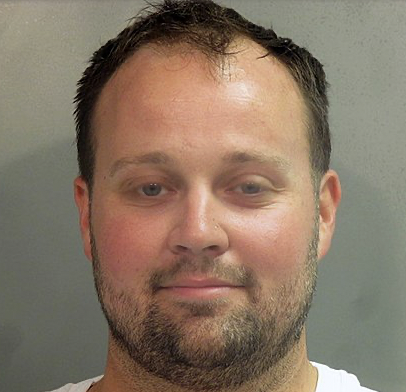 “Perfectionism is the voice of the oppressor, the enemy of the people. It will keep you cramped and insane your whole life, and it is the main obstacle between you and a shitty first draft. I think perfectionism is based on the obsessive belief that if you run carefully enough, hitting each stepping-stone just right, you won’t have to die. The truth is that you will die anyway and that a lot of people who aren’t even looking at their feet are going to do a whole lot better than you, and have a lot more fun while they’re doing it.” ― Anne Lamott, Bird by Bird: Some Instructions on Writing and Life

I think that this sentencing phase of Josh Duggar’s conviction is essential. I believe that few people in the evangelical community understand the depths of the depravity of Josh Duggar’s actions. I also believe that Duggar is a master at manipulating his family into believing he is a victim. It recalled Curly of the  Three Stooges claiming, on multiple occasions, that he was a victim of “soycumstance.”

Frankly, I do not hold the Duggars in high esteem. I know that a couple of their many kids have reportedly cut ties with the family but it appears that it is business as usual.

Josh Duggar wants a light sentence for his crimes because he is a “victim,” and some in his family appear to agree.

Well, it is all hitting the fan as we predicted. The Insider posted Feds say Josh Duggar’s ‘blame tactics’ have succeeded among his loved ones, but it’s ‘inconceivable’ that he will seek treatment and accountability.

Federal prosecutors said in a court filing on this week that the former reality TV star Josh Duggar has apparently convinced his friends and family that he is a “victim,” and, therefore will likely never be held accountable enough to seek treatment for his “sexual proclivities toward prepubescent girls.”

…As part of that sentencing memorandum, Duggar had submitted 10 letters from relatives, close friends, and members of his church community, all of whom lauded Duggar’s character and requested he be granted a lenient sentence.

…(Prosecutors ) noting that none of them “meaningfully” addressed Duggar’s crimes “or his sexual proclivities toward prepubescent girls.”

…Prosecutors added that some of the letter-writers even expressed a belief that Duggar was a victim, casting his conviction as “an unfortunate happenstance.”

These letters were so lacking in understanding the extent of Duggar’s crimes that prosecutors appear to believe that the family would be of little help in getting him treatment or even intervening to prevent him from reoffending. In other words, it seems like these family members are out to lunch and that is worrisome since they either had no idea of his very busy, chilling lifestyle.

“Absent some recognition from Duggar of his crimes and his need to address his demonstrated and long-standing sexual interest in children, it is unlikely that he will ever view his conviction as anything other than proof that he needs to be more circumspect and secretive the next time he engages in conduct involving child sexual abuse,” prosecutors wrote.

Who wrote these letters?

Among the people who wrote letters on Duggar’s behalf were his wife, Anna, and his mother, Michelle. LaCount Reber, the pastor and family friend who allowed Duggar to stay at his family’s home while awaiting trial, also submitted a letter praising Duggar’s helpfulness around his home.

Duggar appears to be adept at manipulating his family and those around him.

Many of the letters described Duggar as a generous and compassionate friend and neighbor, and a devoutly religious churchgoer, who frequently volunteered his time, money, and energy to help people in need.

It appears that this is all about Josh getting a lighter sentence while the prosecutors are requesting a harsher sentence.

KNWA/FOX 24 posted Prosecution calls Duggar’s pattern of criminal behavior ‘baffling’ in response to defense’s request for minimum sentence. The prosecutors seem determined to add enhancements to Duggar’s charges so that he will receive a more severe punishment. The prosecution handily answered three specific objections of the defense.

The prosection responded to the defense’s claim that Duggar should get the lowest possible sentence.

The filing also addressed the defense’s claim that the lowest possible sentence would be appropriate because Duggar will “be subject [to] supervised release and suffer the ‘humiliation’ of his conviction,” stating that those arguments “miss the mark entirely.”

The government also cites studies that show that sex offenders are “four times more likely than other violent criminals to recommit their crimes.”

Liberals are attacking this fine young man and he was also framed, according to his family.

More importantly, none of these letters meaningfully grapple with his crimes or his sexual proclivities toward prepubescent girls. At least one suggests that ‘enemies’ threatened by his ‘quiet display of conservative values’ are targeting him while simultaneously advancing his impossible theory that ‘an unscrupulous young man’ framed him. Many more describe his conviction generally as an unfortunate happenstance — something that has simply befallen him despite his best efforts to avoid it. That is precisely the problem.