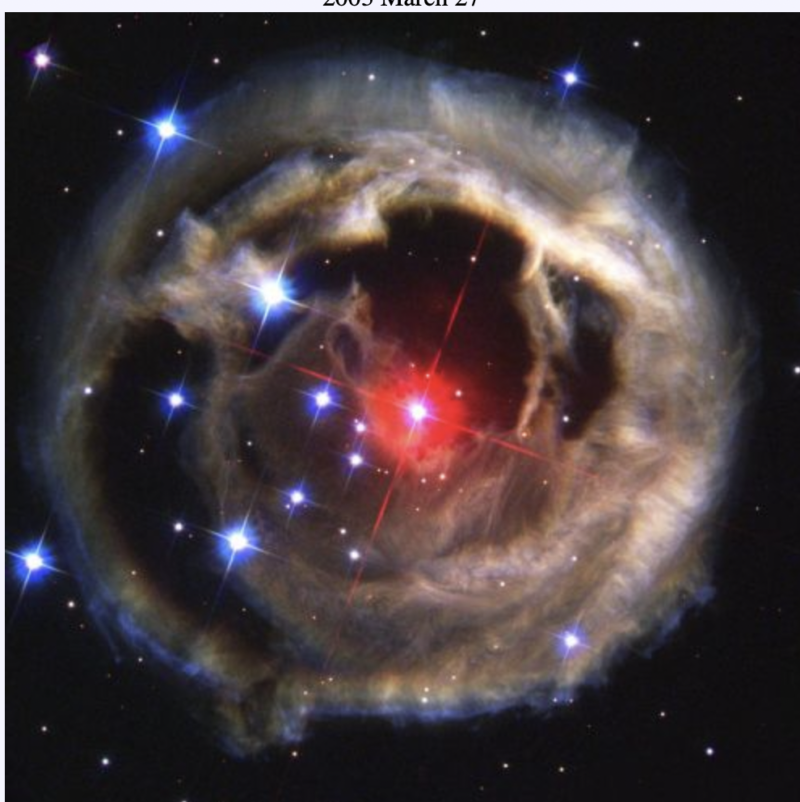 V838 Monocerotis briefly became one of the brightest stars in our galaxy. ESA/NASA

“One’s dignity may be assaulted, vandalized and cruelly mocked, but it can never be taken away unless it is surrendered.” ― Michael J. Fox.

Today I had a planned post but decided to check out a few websites. That action usually means a random post will occur. From Warren Throckmorton, I learned that in January 2022,

Sutton Turner today placed on his blog about 30 pages of material from the 2014 investigation into the formal charges against Mark Driscoll.

For those of you who do not know Turner, he was Driscoll’s, right-hand man. When Driscoll said: (I still can’t listen to his nonsense, so there is a link if you wish to hear him say it.)

“There is a pile of dead bodies behind the Mars Hill bus, and by God’s grace, it’ll be a mountain by the time we’re done” – Mark Driscoll

Sutton Turner would have been driving the bus. He is an extremely bright man when it comes to business. How he got sucked into Driscoll’s absurdity is puzzling to me. However, in the end, he left Mars Hill and often spoke about repentance and forgiveness: Sutton Turner (Mark Driscoll’s Former Right Hand Man) and His ‘Timely’ Posts on Repentance and Forgiveness.

When this blog started, Driscoll was a subject that provided me with many hours of insanity. There were the demon trials. Driscoll claims he could “see things” like the bed upon which a woman was having an affair. I bet that counseling moment will long be remembered! Here is everything you wanted to know about Driscoll. When Will TGC and Friends Admit That Mark Driscoll Taught Tacky Theology?

The Gospel Coalition quietly removed Driscoll’s many posts and never said a word about it. They must have been embarrassed when a mere woman (me) was proven to be more correct in her theology than they were. Make no mistake about it. Driscoll’s brazen and bullying lifestyle is still quietly admired by some of the theodudes. They wished they could have made it work. Oh well, back to the theological drawing board. There’s plenty of stuff from Calvin about “authority,” and 9Marx has great stuff about how to beat a church member into submission via church discipline.

Here is a link to  Investigating the Formal Charges: Mark Driscoll/Mars Hill Church.

Why weren’t these records released sooner?

I bet you guessed it. Driscoll threatened to sue.

At the time Driscoll resigned from Mars Hill in 2014, he threatened legal action towards anyone that shared details of the investigation including me and many of the elders who had investigated the formal charges against him.

Why are they afraid of Driscoll?

It is incredible that bright men like Sutton Turner are still cowed by Driscoll. Is this an example of extreme spiritual abuse? Yep, IMO. To all the people in Driscoll’s new church in Scottsdale, take note. Dear Mark Driscoll. He’s Back, and, If the Stories Are True, He Appears to Be Bonkers.*

To this day, many of us are still fearful of Driscoll. Even so, it is time to share these details.

Why was Driscoll’s resignation from Mars Hill a surprise? Ask Religion News Services, the ever-present Mark Demoss, who gets lots of religious leaders out of messes, and Robert “There are demons everywhere” Morris.

On October 14, 2014 Mark Driscoll resigned from Mars Hill while under investigation from elders of Mars Hill Church based on formal charges and the governance by-laws that Driscoll helped to create.  The resignation was a surprise (as you will see below) to the leadership of Mars Hill.  Secretly, Mark Driscoll had coordinated with Mark Demoss and Religious New Service (Driscoll’s statement) to drive the narrative that would put Driscoll in a positive light so he could plant a church in Phoenix and sell books in the future.  The night before Driscoll resigned from Mars Hill he discussed his decision and received advice from both Robert Morris and Larry Osbourne.

It might appear that Driscoll had his departure to Arizona planned.

Enter Brian Houston, who did a cream puff interview with Driscoll.

No wonder Houston didn’t spot Carl Lentz and the rest of his embarrassing pastors. He played right into the hands of Driscoll. Go to this link if you would like to view the interview (I can’t stand looking at Driscoll or Houston).

In the interview, it appears he claims he was going to stick around for the fireworks, but Grace came up with a “vision.” Why is it that the so-called visions of some pastors and their wives seem to lead them to do the easy thing like earn more money or run away from the difficulties and head to Phoenix?

Mark Driscoll:  She said, “Well, what did he say to you?” And I said, “Well, the Lord revealed to me that a trap has been set. There’s no way for us to return to leadership.” And I didn’t know what that meant or what was going on at the time. And I said, “He said we’re released and we need to resign.” This is not what we anticipated.

Brian Houston sucks up to Driscoll and says his Hillsong “team” loves Driscoll. And what a team he had…

If you read the entire transcript, you will find examples of Houston sucking up to Driscoll. For example:

I hope to teach the Bible.

Well, I certainly think that you’re anointed to do so.

You’re an outstanding teacher. I’ve already told you we are probably a little different on some things, but I personally find you teaching very stimulating and very, very powerful. I know a lot of people even in my team do as well. So, personally, I hope you do get to teach again. My personal feeling for you is to see you flourish in ministry and have your best days ahead of you.

Robert Morris and Mark Driscoll: “The internet is not true.”

So Morris, who claims he must get exorcised regularly, entertained Driscoll at his church. This visit caused me to predict that Driscoll would move to sunny climes in Is Mark Driscoll Rising With the Help of *Dr* Robert “Formerly Demon Possessed” Morris?

Here are two posts to document my concerns with Morris’s teaching on demons.

Morris went so far as to say to “stop shooting our wounded.” There is no question in my mind that Morris was pushing all things Driscoll. As you may know, Morris is one of the big wig leaders of the ARC. Now, Driscoll’s church is not listed on the site, but I bet many churches elect not to do so. I wonder…is Driscoll part of the ARC? Julie Roys highlights some of his appearances in Despite Continued Cult-like Activity, Mark Driscoll Continues to Headline Conferences in which she wrote:

Just a week after Mark resigned from Mars Hill in October 2014, he was quickly working on his image and narrative with the help of Robert Morris and Gateway Church.  Here is part of the transcript from Robert Morris talking about Mark Driscoll at the Gateway Conference in October 2014. Morris then invited Driscoll onto the stage to talk about how his family had suffered during their time at Mars Hill.

Sutton Turner has added much information to the Mark Driscoll story and, for that, I am grateful. It is my hope that all of the former leaders at Mars Hill stop fearing Driscoll. Years ago, I gave my son some advice about a bully targeting kids in school. I told him to push back, and he did. The kid came down a corridor, preparing to bump into my son who took advantage of the fact that the bully’s feet being in the wrong position. My son smashed him up against some lockers, which surprised the bully who went away. The only way to deal with a bully who appears bonkers is to do exactly what Turner just did. Expose him.

As for Brian Houston. LOLOLOLOLOLOL Such a judge of character.